We love questions,
ideas and hellos 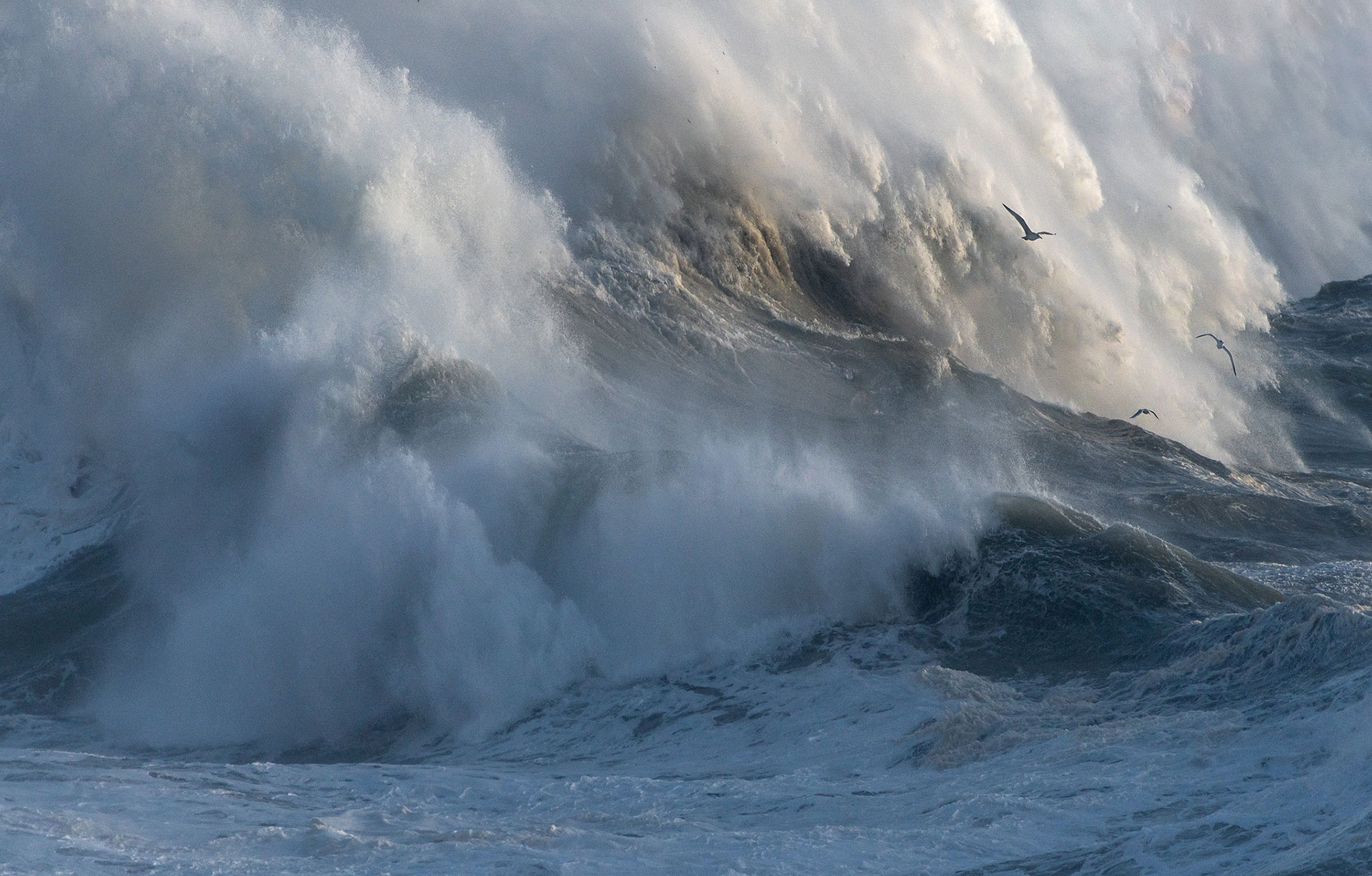 Stormy oceans can be simultaneously beautiful and terrifying. They are a true force of nature that excites and humbles us. Cornwall is perfectly located for a mixture of weather with the Atlantic Ocean on our doorstep. The many different moods of the ocean, from the calm and serene, to the dramatic and powerful, make the Cornish coast a true inspiration.

As summer draws to an end, low-pressure systems generate swells in the Atlantic Ocean and they build and progress towards the UK and Ireland with West Cornwall bearing the brunt of these storms.

As an avid storm photographer, I spend the winter months scouring wave and weather charts looking for the opportunity when a ‘perfect storm’ is about to materialise. I regularly check for swell direction and work out where the best locations are likely to be for spending the day’s shooting. And living in West Cornwall is a big advantage as it’s only a short drive to the north or south coast. 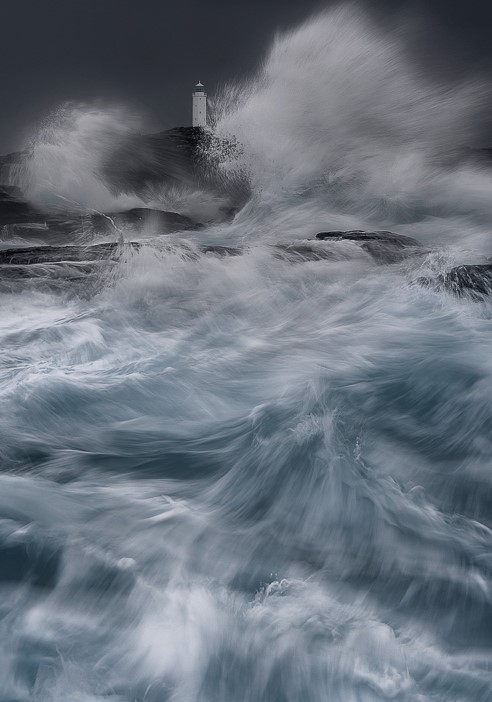 Three Mile Beach in Gwithian Towans is a prime location for experiencing the wild Atlantic Ocean fuelled weather, especially during the autumn and winter months. Gwithian beach, on the easterly tip of St Ives Bay, is a fantastic place to watch and photograph these dramatic scenes unfolding. Godrevy lighthouse, in particular, provides a rather impressive backdrop when the waves crash around the rocks during stormy weather. The area is part of the National Trust with a beautiful walk through dunes, cliff tops, and headland. There is an array of bird and marine life to watch out for too. 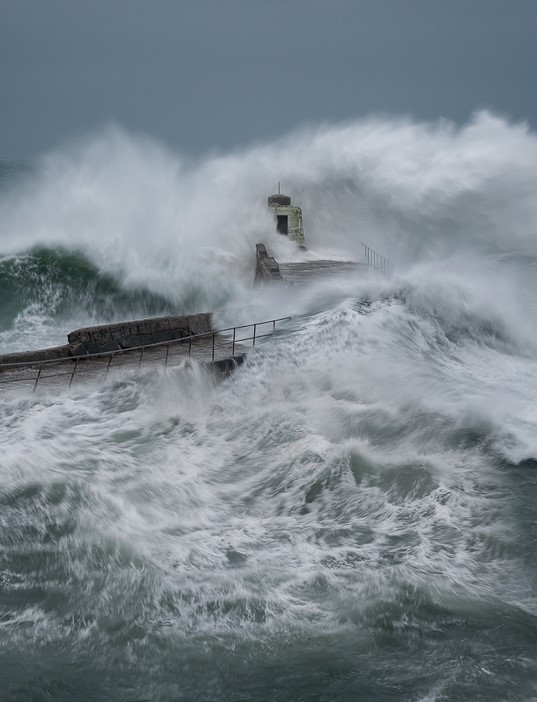 Portreath is a small harbour village six miles north along the coast and the storms here can be spectacular. The harbour wall adds to the drama as it’s often covered in waves by the full force of the Atlantic Ocean. There is a safe place to watch on the right-hand side of the harbour called the ‘Monkey Hut’. But be very careful. 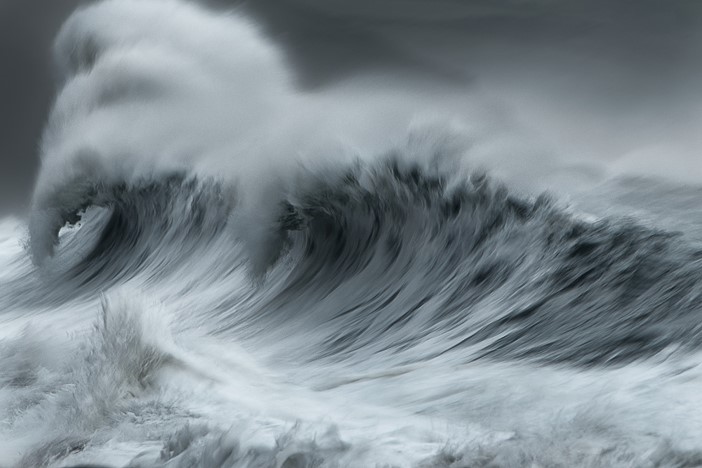 Porthleven is the UK’s most ocean battered town. It’s located near Helston on the south coast of Cornwall and a short drive from Three Mile Beach. Plenty of media coverage over the years has led to Porthleven becoming a famous (or infamous) place for storm watching and the waves here can be truly biblical. Due to the nature of the seabed, the backwash created by retreating waves collides with incoming waves creating massive columns of water. These waves break close to the shoreline and often reach in excess of twenty feet. The Institute (the church) on the harbour front has become an iconic landmark during winter storms as it endures the worst of the storm surge.

The ocean is extremely unpredictable and needs to be respected. Always watch or photograph from an area that you deem safe, and then move back 10 metres. Rogue waves, sometimes called ‘Sneaker Waves’, happen on every tide. Safety always needs to be the number one priority.

Mark Dobson is an award-winning seascape photographer. To see more of his work, visit Wild SeaScapes.

Three Mile Beach is a collection of 15 luxury self-catering 2, 3, and 4 bedroom beach houses in the wilds of St Ives Bay, Cornwall.

For more on what to see and do in West Cornwall from the Three Mile Beach team, friends, and local experts, take a look at our Journal page.

You could also win a 7-night stay at Three Mile Beach in St Ives Bay including a private chef for one night, surf lessons, and much more. Enter now.