The beaches in and around St Ives are stunning and provide great spaces to exercise dogs. But to be fair to everyone who uses them, it’s important to know the laws around restrictions. Like most Cornish beaches, many have bans in high season, but there are a few that welcome dogs all year round. 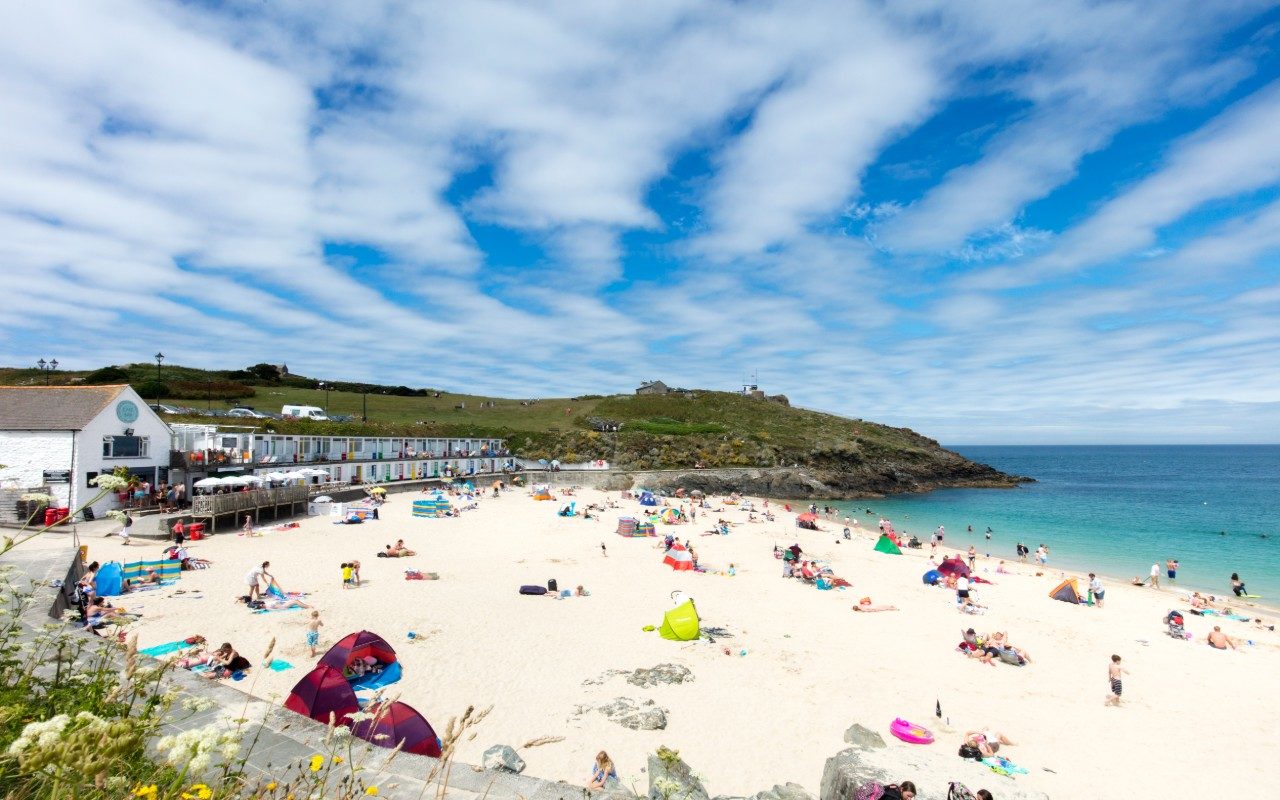 Between 1st October to 14th May (inclusive), every St Ives beach is open to dogs. All-day. Every day. No exceptions. Outside these dates, dog access depends on the beach – see deets below: 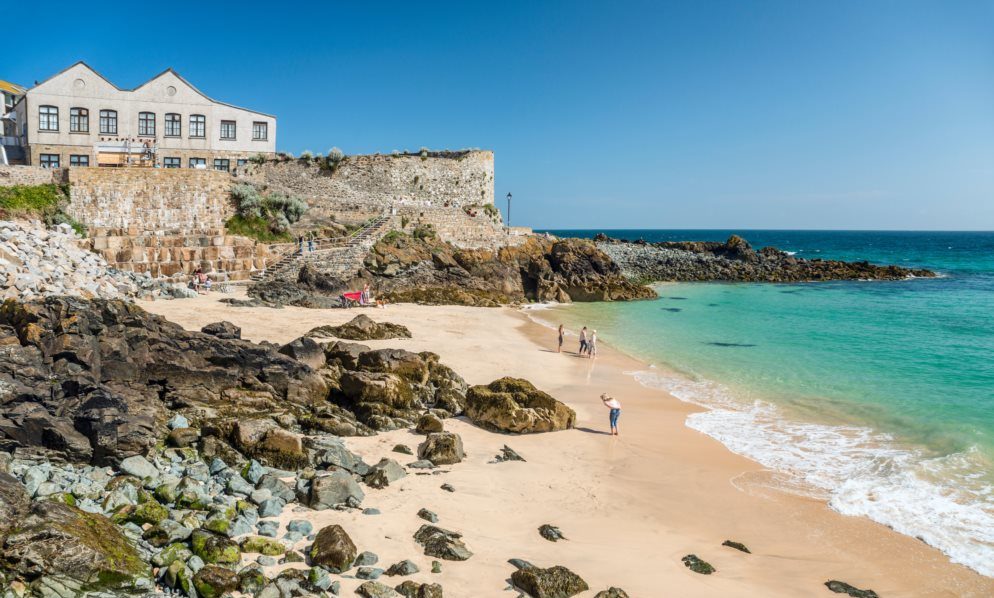 Dogs are allowed on Bamaluz all year. So, it’s go dogs go. Actually, it’s a bit of a local secret, in that most visitors miss it altogether. But just because it’s you… it’s the next one around the coast from St Ives Harbour Beach, just below St Ives Museum.

It’s a doggie free-for-all on these beaches near St Ives.

Dogs are welcome all year on this huge sandy beach, separated from Hayle Towans by a wide, fast-flowing estuary. It’s the perfect pooch playground, and being off the beaten track, it’s often much quieter here than the beaches over on the Hayle side. 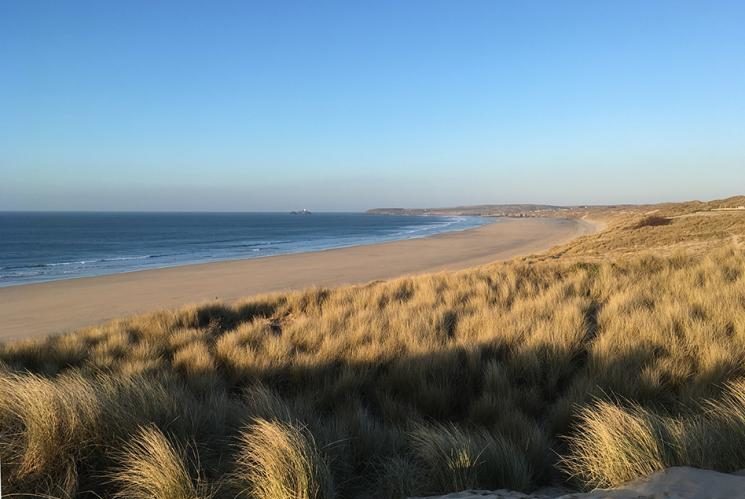 The whole of Mexico Towans and then most of Gwithian beach is your closest year-round dog-friendly beach area to Three Mile Beach – it’s less than a 5-minute scamper. However, a seasonal ban does apply on the part of Gwithian Beach to the left of the lifeguard hut and steps as you face the sea, and continues to neighbouring Godrevy Beach, to the right of the lifeguard hut and steps. The ban here runs from 1st July to 31st August, but only between 10 am to 6 pm. And to my mind, early summer mornings and evenings can often be the best times to enjoy these beaches.

Beyond Godrevy Beach and the lighthouse, beaches mostly disappear and are replaced by dramatic cliffs. But it’s here you’ll find another year-round doggie haven, Fishing Cove, tucked between Navax Point and Hell’s Mouth, along the South West Coastal Path. I should flag that the descent to the beach is rather tricky, but once you’re down, there’s a lovely stretch of sand at low tide that’s a popular spot for seals (and the occasional naturist).